Receive a summary of the selected filters by email each week.

The name Terra de Santa Cruz eventually gave way to Brazil, borrowed from the land’s first export, brazilwood, which is used in making dyes and furniture. Today, Brazil is the world’s fifth-largest country by area and the ninth-largest economy—and a market of the future. Its population of over 200 million lives predominantly in the north and southeast. In 2000, Brazilians celebrated 500 years since Cabral’s discovery: half a millennium of rich, epic history that ultimately led to the country’s inclusion in the group of hopeful emerging nations, namely, the BRIC countries. All of them are names with great resonance for the future of the global economy: Brazil, Russia, India, and China.

One year prior to the 500th anniversary, DACHSER entered into a joint venture with a local logistics provider to establish a foothold in Brazil. Its plan then was to further expand its network in the rising economic star. All signs were favorable: international interest was steadily growing in Brazil’s large domestic market, its solid mix of manufacturing, services, and raw materials corporations, its huge amounts of natural resources, and its virtually inexhaustible agricultural potential. The economy was focusing more and more on international trade and shipping.

DACHSER fully took over the joint venture in 2009, the same year that Brazil’s GDP grew 7 percent on the previous year. The country experienced a true economic miracle, with the middle class nearly doubling in size from 67 to 112 million people between 2003 and 2013.

Yet this boom was not without its problems: productivity couldn’t keep up with growth, and plunging prices for raw materials such as iron ore or soybeans triggered a negative chain reaction. In July 2015, inflation increased 9.56 percent compared to the same month of the previous year. The key interest rate was pushed up, and was 14.25 percent at the start of 2016. As a result, companies couldn’t pay back their loans and the economy weakened further. Add to this mix drastic cutbacks by the government, which in the midst of these economic straits had to finance major sporting events such as the FIFA World Cup (2014) and the Olympic Games (2016).

"We rely on complete solutions. In doing so, we focus on processes, integration, and standards."

All this hit the new middle class particularly hard. In addition, average income fell 16 percent within three years. GDP declined in 2015 and 2016, and social problems multiplied. Brazil was singing the blues.

But the country’s fortunes bounced back in 2017, with growth rates rising to 1.1 and 1.2 percent in 2017 and 2018, respectively. Analysts expect these to continue to increase, with a 2.5 percent annual average growth up through 2023.

Even under these changeable conditions, DACHSER Brazil has successfully held its own over the past decade in South America’s largest country. DACHSER CEO Bernhard Simon recently reminisced about the country organization’s beginnings at its 10-year anniversary celebrations: “When we founded DACHSER Brazil in 2009, there was uncertainty everywhere about how the global markets, currency systems, and trade relations would develop. And what if there was a huge crash? But we don’t deal in fair-weather strategies. They also have to hold up when sailing through stormy seas. And our strategy has held up and steered us safely through turbulent times. We have made Brazil an integral part of our network, a network that stands for intelligent logistics and fully integrated control of the entire supply chain. Brazil has become part of our culture and our family.”

Within the global DACHSER network, the country organization is a key pillar of the Americas region. “It was worth developing Brazil into an essential node in our global network. It has made that network much more robust and improved its performance,” Simon explains.

Last year, DACHSER Brazil increased its revenue by 18.5 percent to BRL 324.4 million, or just about USD 79 million. Some 200 employees at 8 locations, including São Paulo, Santos, and Rio de Janeiro, transported 23,200 shipments with a tonnage of 18,300 metric tons for customers in 2018.

DACHSER also has a presence at Brazil’s most important cargo handling terminals—in Santos, for example, the country’s largest port. Or in the state of São Paulo, where the city of Guarulhos boasts a connection from Brazil’s most important cargo airport to the road that leads to Rio de Janeiro. As a result, DACHSER Brazil is excellently positioned for exports. China is Brazil’s largest export market, accounting for roughly 27 percent, ahead of the EU (some 18 percent) and the US (about 12 percent). Primary exports include soybean products, meat, sugar, and iron ore. In 2018, the largest proportion of Brazil’s imports came from China (19.2 percent), ahead of the EU (19.18 percent), the US, and Argentina 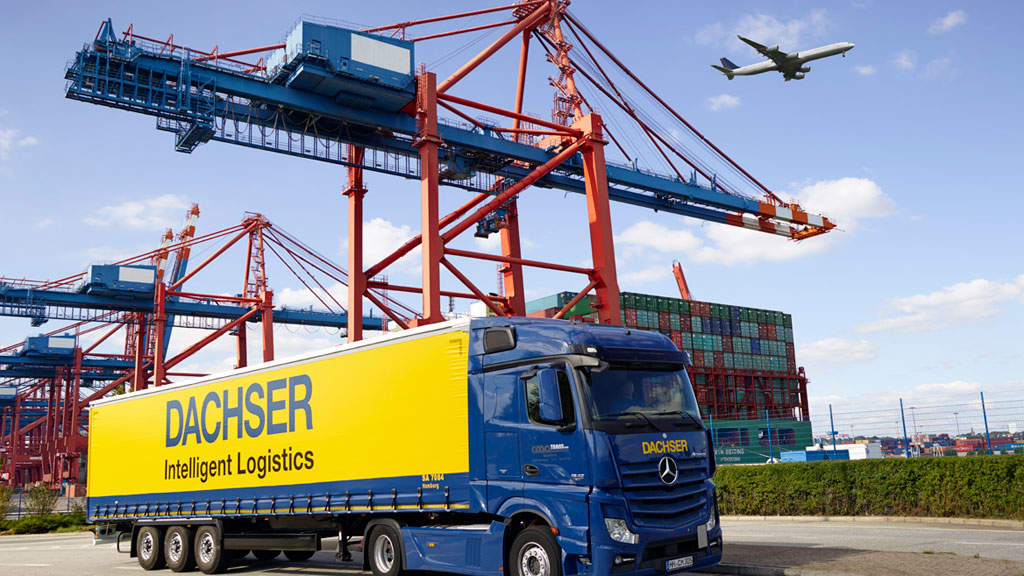 As for overland transport, more than 60 percent of Brazil’s freight transports go by road. According to the National Transport Confederation (CNT), Brazil’s highway network stretches for 1.5 million kilometers, although only 11 percent of them are paved. A little over 20 percent of goods are shipped by rail, although the government has announced it wants to increase that figure significantly in the coming years. Plans call for the allocation of some USD 15 billion to expanding or building four railway lines: North-South (São Paulo-Tocantins), Ferrogrão (Mato Grosso), FIOL (Bahia), and FICO (Central-West). This would fundamentally improve logistics in Brazil. And thanks to investment by international airport operators, the airports in Porto Alegre, Fortaleza, Salvador, and Florianópolis have also seen positive development over the past few years.

“We have closely integrated our air and sea organization, taking a systematic and intelligent approach,” says João Paulo Caldana, Managing Director DACHSER Brazil. “In doing so, we focus on processes, integration, and standards.” He adds that DACHSER is replacing all isolated solutions around the world that do not add sustainable value with its Othello transport management system, developed in-house. “This means we can record our global shipments almost completely in our fully integrated systems. The Othello rollout in Brazil will finish in 2020,” Caldana says.

He goes on to explain that integrated logistics marks a new, high level of logistics. “It opens up new horizons for customers and service providers alike. A small-scale operation can thus suddenly turn into something truly great.” A statement that would likely have delighted Pedro Álvares Cabral.

Dachser México, a premier logistics provider and part of the global Dachser network, announced that its weekly air cargo schedule from Mexico to Europe continues to provide uninterrupted service to five key European destinations, ensuring the predictable and timely flow of goods even as ocean freight transport faces ongoing disruption. This is especially important to the Mexican perishable export community during mango season.

Tetra Pak, the multinational food and beverage processing and packaging system company, recognized Dachser Brasil as the first place in the ranking that assesses its suppliers in operations carried out at Viracopos Airport.

During the past weeks, massive strikes against a planned pension reform have paralyzed public transport in France. The strike is still going on this week.

Here is an overview of the duration of the strike activity in the French ports:

Pick-up and delivery by rail should be also very difficult. Airfreight is not concerned so far, but we will keep you informed about that.

Get assured that our operational teams will do their utmost to minimize the effects of the strike.

In case of any questions, please do not hesitate to contact your responsible contact person in the respective DACHSER branch.

Internships as a gateway to a career in logistics

Each year, several hundred new interns, apprentices and students from all over the world start their training at family-owned logistics company, DACHSER. In the United States, DACHSER USA Air & Sea Logistics offers internships to college students as a gateway to a successful career in the logistics field.

Do you have a request or a question? Please find the contact information for our branches worldwide below.

In order to provide an optimal user experience, DACHSER uses cookies on this site. You automatically agree to our cookies. If you continue to use this site. Data protection